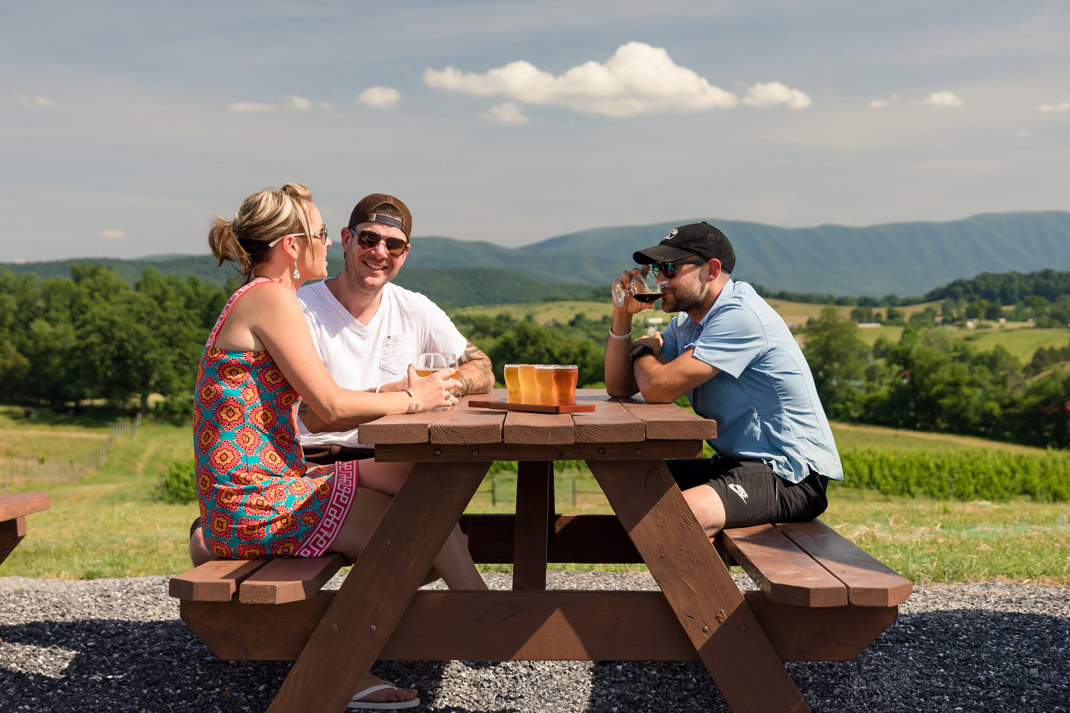 If you’re longing for an ideal mid-Atlantic destination, Virginia’s Shenandoah Valley is the perfect place to see. The varied attractions and incredible convenience of the Shenandoah Valley are what attracts thousands of visitors annually. It is easily-reached by interstate, via I-81, I-64, and I-66 and, is within a one-day drive for half the population of the U.S. Once there, the area generally stretches north-to-south about 200 miles from the Winchester area down to Roanoke.

Made famous by song and history, Shenandoah is a Native American word meaning “daughter of the stars.” This picturesque area is flanked by wooded hills and mountains, ranging in elevation from around 3,000 to about 5,000 feet. The “Valley” proper is generally 10 to 20 miles wide and features many small towns and lots of rolling farmland.

I-81 runs the entire length of the beautiful Valley, making it convenient for quick stops at points of interest. However, for those with time, historic Route 11 offers a slow-paced drive, with even more to see and explore along the way. The entire length of the Shenandoah Valley also features smaller roads, leading to many friendly towns and tourist attractions.

Visitors can use one or two places in the Shenandoah Valley as a base for exploration or easily cover the entire length for a complete overview. Along with the people and places, Civil War sites in the Shenandoah Valley draw many visitors. The location and geography of the Valley gave it significant military importance during the Civil War. Stonewall Jackson even said, “I have only to say this—if this Valley is lost, Virginia is lost.”

Though it does run north into West Virginia, the large Virginia portion of the Shenandoah Valley begins in the Winchester area. Here, visitors can take in the scenic beauty of the area, step back in time, visit unique historic landmarks, discover the interactive 4-story Discovery Museum, shop, dine, enjoy professional theater, experience the largest fireman’s parade on the East Coast (part of the famed week-long Shenandoah Apple Blossom Festival in May), and even visit an apple orchard to pick their own apples.

Winchester changed hands more than 70 times during the Civil War and there were major battles throughout the duration of the war, resulting in a number of preserved battlefields. The large annual reenactment of the Battle of Cedar Creek in October brings a large crowd, and the annual Civil War Weekend in August offers unique programs that often delve into the human side of the war and increasingly examine the stories and impacts regarding the enslaved population during that time.

Next, Front Royal and Warren County provide the gateway to Shenandoah National Park, famed Skyline Drive, and more than 370 miles of scenic trails in the heart of the Blue Ridge Mountains. Front Royal is also home to Skyline Caverns, one of the only places in the world to feature anthodites, the “orchids of the mineral kingdom.”

Route 11 next passes through Shenandoah County, with incredible beauty as mountains rise to the skies on both sides. Antique lovers will want to linger at the Strasburg Emporium or one of many other shops along the way, while history buffs love the Strasburg Museum and Hupp’s Hill Civil War Park. There’s also ShenMoCA (Shenandoah Museum of Contemporary Art), historic Shenandoah County Courthouse, the unique Staufferstadt murals, and the Shenandoah Spirits Trail.

Traveling south, Woodstock boasts the oldest courthouse still in use west of the Blue Ridge Mountains. Next, it’s time for a stroll through Edinburg’s or Mount Jackson’s quaint shops and eateries or a side trip up to Bryce Resort for four-season fun. While in Mount Jackson, Route 11 Potato Chips is a must-stop.

Visitors to New Market will want to head to the 300-acre Virginia Museum of the Civil War and 19th century Bushong Farm. This is where 257 VMI cadets bravely turned the tide of battle in 1864. Ten cadets perished and mid-May marks the anniversary of the fierce battle with the longest running annual reenactment and many other events.

East of New Market, the Luray and Page County area draws many visitors to its historic streets and colorful caverns. The town is also a great base for exploring the surrounding mountains in Shenandoah National Park, George Washington National Forest, and along the Skyline Drive. Luray and surrounding Page County are perfect for backroads driving.

Luray also lures many people to historic Luray Caverns. This large facility features tours along paved walkways and more. Luray Caverns includes the world’s only stalacpipe organ, which features stalactites being struck by electronically controlled rubber-tipped plungers and resulting in music of symphonic quality. Other highlights include 140-foot-high ceilings, a crystal-clear wishing well, and formations resembling fried eggs, sunny-side up.

Other Luray and Page County attractions include the White House, which played a critical role in the Civil War in 1862, and Luray Zoo—A Rescue Zoo. Additional activities in this outdoors-oriented area include canoeing on the Shenandoah River, horseback riding, biking, hiking, camping, golf, and fishing.

Harrisonburg is the home of James Madison University, Eastern Mennonite University, and nearby Bridgewater College, and the charming city is also surrounded by the giant playgrounds of George Washington-Jefferson National Forest and Shenandoah National Park. Highlights of the bustling area include the Virginia Quilt Museum, Court Square Theater, the Forbes Center for the Performing Arts, White Oak Lavender Farm, and the Edith J. Carrier Arboretum & Botanical Gardens. Biking and fishing (especially with Mossy Creek Fly Fishing) are particularly popular, as are sampling local microbrews and farm-to-table restaurants.

Harrisonburg Tourism & Visitor Services in the Hardesty-Higgins House Visitor Center on Main Street (which also includes the Valley Turnpike Museum and Civil War Orientation Center) can provide information about the entire area and many special events, including shows the immensely popular Rockingham County Fair in August. About 15 miles east of Harrisonburg, Massanutten Resort is a nationally-known four-season haven, while nearby Solace Studios Fine Handcrafts in Elkton showcases more than 250 regional artisans.

Just a few miles further south, the Roanoke Valley in Virginia’s Blue Ridge beckons. Roanoke is the Valley’s largest city and is the southern end of this famous region. It is known as the “Capital of the Blue Ridge” and “Star City.” Virginia’s Blue Ridge region is also a designated Silver-Level Ride Center by the International Mountain Bicycling Association making the region “America’s East Coast Mountain Biking Capital”.

Roanoke is justifiably famous for its Historic Roanoke City Market, where farmers have been selling their fresh fruits, vegetables, and flowers for more than 130 years. Roanoke features a burgeoning foodie scene, thanks to several renowned restaurants, breweries, wineries, and distilleries and a taste of it all with Roanoke Food Tours. Even for those not staying there, the historic and four-diamond Hotel Roanoke is well worth a visit or meal.

Also, in the heart of downtown is Center in the Square, a multi-cultural complex housing, history, science and children’s museums, plus a theater, and a pinball museum. The stunning Taubman Museum of Art is a short walk away, with varied special exhibits and events and a permanent collection. General admission is free to the public. Other options in Roanoke’s thriving downtown include the History Museum of Western Virginia, which is in the O. Winston Link Museum, a great destination dedicated to the work of photographer O. Winston Link, who documented the last days of steam in moving black-and-white and color photography, audio, and video.

Nearby, up by the famed Roanoke Star, the Roanoke Star, and Mill Mountain Zoological Park exhibits endangered species and more. West of Roanoke is Salem, highlighting antiques and sporting events, as well as Dixie Caverns. Bedford and the National D-Day Memorial is about 30 miles east of Roanoke, providing an oh-so-fittingly historic end (or beginning) to an exploration of the Shenandoah Valley. For more information visit www.virginia.org and www.visitshenandoah.org.