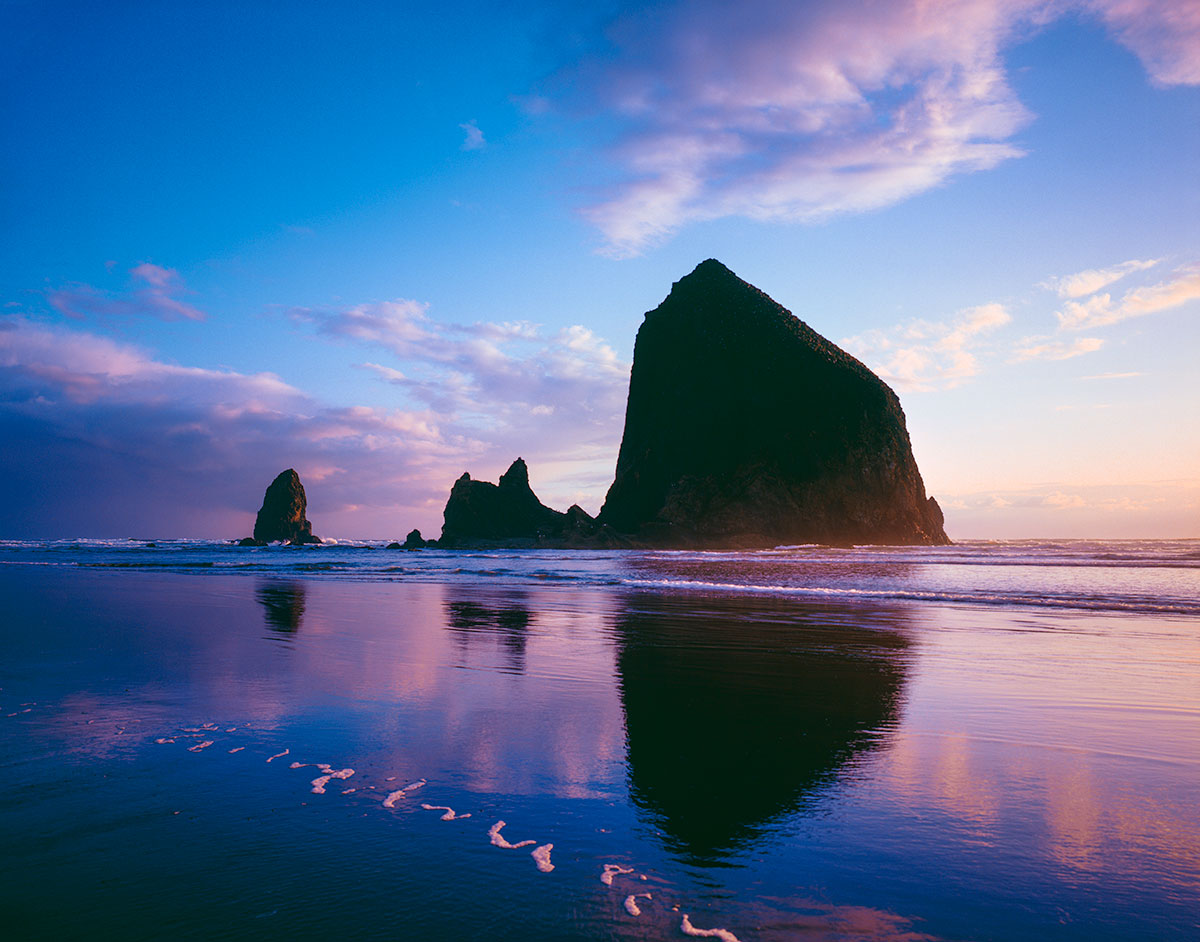 We’re rockin it now! We’ve got a list of some pretty big stones scattered around the country that are worth a stone-cold stare! Some are historic, some are as old as the cosmos, some are man-made and some are just a big old pile of rocks.

California’s Morro Rock is part of a chain of nine volcanic peaks, known as the Nine Sisters, located in the Pacific Ocean between San Luis Obispo and Morro Bay. Morro Rock is located in Morro Bay which is just 12 miles north of San Luis Obispo. Standing 576 feet high, Morro Rock is a California State Historic Landmark, estimated to be 23 million years old! Visitors do not have access to the rock, but it is a nesting area for snowy plovers and a reserve for the endangered Peregrine Falcon. Sea lions and otters love to frolic on the rock as well.

Morro Bay is about 30 miles from Pacific Dunes Ranch RV Resort in Oceana.

Nevada’s Seven Magic Mountains are not natural to the desert landscape but are instead colorful boulders stacked into seven towers as an art installation by Swiss artist Ugo Rondinone. These colorful rock towers are located just 10 miles south of Las Vegas. The boulders were locally-sourced and the seven towers stand about 30-35 feet each. The installation is slated to remain in place through 2021.

Seven Magic Mountains are about a 40-minute drive from the Las Vegas RV Resort.

The landing rock where the Pilgrims are said to have stepped off the Mayflower after their two-month sea journey from England sits under a granite canopy on the same shoreline in Plymouth, Massachusetts where they landed over 400 years ago. It wasn’t initially called Plymouth Rock. In fact, it was never referenced in any of the colonists’ writings and didn’t get the name until Thomas Faunce, a former town clerk, became concerned that a proposed wharf would cover or destroy the rock. He said his father, who sailed on the Mayflower, told him of the landing rock and the story of Plymouth Rock became legend. Although not its original size due to age, weather and several moves that resulted in breaks, Plymouth Rock represents the birth of our country.

If you’re looking for some really big rocks, head to the aptly named Big Rocks State Park in Glen Rose, Texas. The big rocks are sedimentary rocks which are formed over thousands and thousands of years from deposits of minerals or other organic particles that harden. Visitors to this free park can climb the rocks and take some great photos. The Paluxy River, located within the park, is also a great place to cool off.

Big Rocks Park is about 80 miles from Bay Landing RV Campground in Bridgeport.

Haystack Rock is one of Oregon’s most famous landmarks, and possibly one of the most photographed landmarks on the Oregon coast. It is a basalt sea stack that stands 235 feet in height. When the tide is low, you can actually walk up to it. But don’t touch it – Haystack Rock has been designated an Oregon Islands National Wildlife Refuge and Marine Garden. The Rock’s tidepools are home to sea stars, anemone, limpets and other sea life which are visible during low tide.

Cannon Beach is less than 10 miles from Seaside RV Resort.

Designated a Virginia Historic Landmark, Natural Bridge is 215-foot-high natural arch that was carved by the flow of Cedar Creek over thousands of years. Natural Bridge was a sacred site for the Monacan Indians and is also the largest natural bridge on the continent of North America. Legend has it that George Washington carved his initials into the rock when he surveyed the area and additional bridge history shows that Thomas Jefferson purchased the land on which Natural Bridge is located from King George III in 1774. To view this historic landmark and learn more history, visit Natural Bridge State Park.

Natural Bridge is less than 40 miles from Lynchburg RV Resort in Gladys.