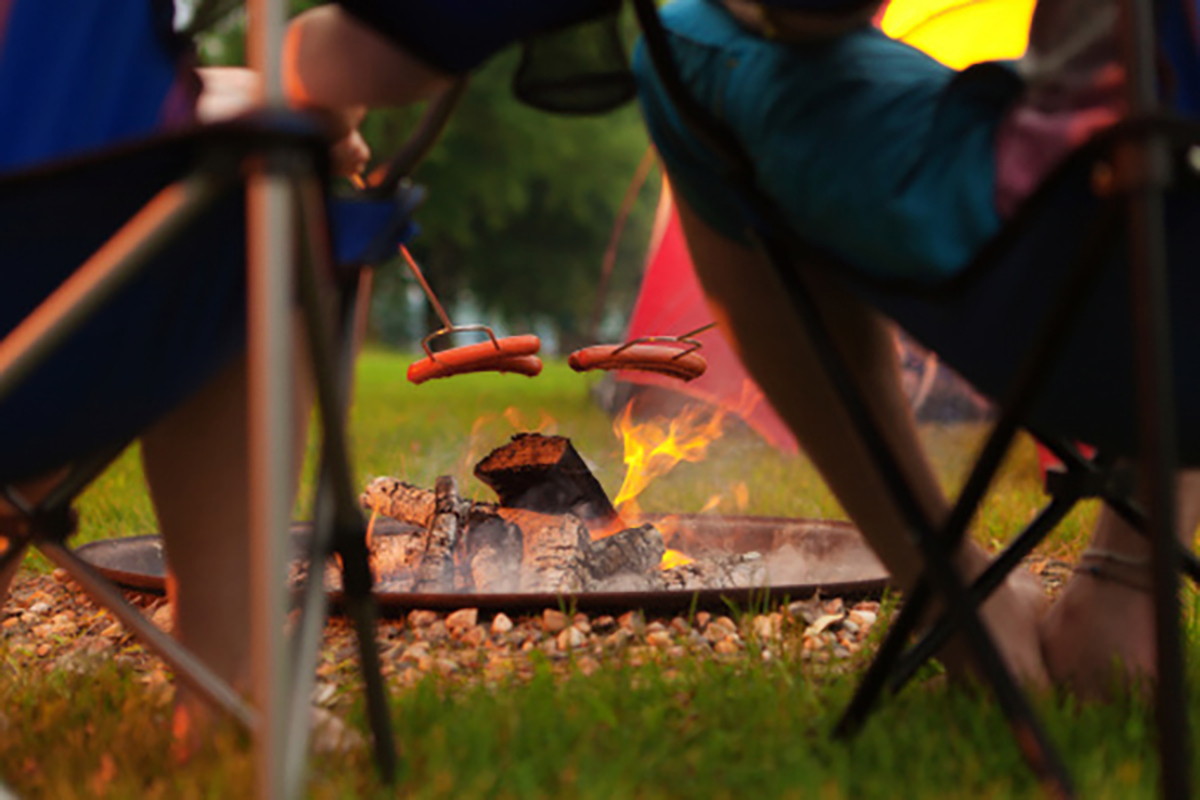 July is the month we honor the Hot Dog as it is National Hot Dog Month. There is also a National Hot Dog Day and this year it falls on July 21. So much celebration for this little wiener whose origins trace back to Germany. We rounded up some of the best hot dog stands around the country so you can celebrate the hot dog, too!

Pink’s (CA): The Hollywood celebrity of the hot dog kind began as a humble pushcart hawking hot dogs on a street corner in 1939. In less than 10 years, Pink’s rose to fame and the building where it currently stands was built. Pink’s sells about 2,000 of their all-beef hot dogs daily. Another thing to know about Pink’s – you never know who you might spot also enjoying one of the 35 different hot dog varieties offered as it is a favorite among the who’s who of LaLa Land. Plan a stay at Soledad Canyon RV & Camping Resort and you can enjoy lunch at Pink’s in a little under an hour!

Gene and Jude’s (IL): Don’t ask for ketchup when you order a hot dog from this award-winning hot dog stand located in River Grove, Illinois. Seriously, their tagline is “No Ketchup, No Seats, No Pretense, No Nonsense.” What you get here is a Chicago-style hot dog topped with mustard, onions, relish, sport peppers, and fresh cut French fries. But don’t expect any ketchup! The classic hot dog stand, which has been inducted into the Vienna Beef Hot Dog Hall of Fame is just about an hour’s drive from Pine Country RV & Camping Resort.

Flo’s Hot Dogs (ME): A family-owned business that has been serving up hot dogs since 1959, Flo’s is known for its steamed hot dog and steamed bun as well as the special relish they use to dress the dogs. To enjoy a Flo’s hot dog, travel to Cape Neddick, Maine, which is less than 15 miles from Moody Beach RV Campground. The good news is that Flo’s is open year-round, but take note, they are only open Thursday through Sunday from 11 a.m. to 3 p.m.

Yocco’s (PA): If the story is true, Yocco’s exists because a man wanted to impress a woman. The story goes that one day a young woman stopped in a convenience shop and asked the gentleman proprietor if they sold hot dogs. He told her they did not but the next day, he set up a grill and began selling hot dogs at lunch time. While the woman never returned, everyone else in the Allentown area did and Yocco’s became famous! Fast forward some 90+ years, and locals and visitors alike seek out Yocco’s for a hot dog slathered with their secret sauce. Yocco’s has several locations in the area which is about an hour’s drive from the PA Dutch campgrounds.

Jack’s Cosmic Dogs (SC): Celebrity chef Alton Brown says the hot dogs at Jack’s Cosmic Dogs are “the best he’s ever had.” Don’t just take his word for it – plan a stay at The Oaks of Point South and drive into Mt. Pleasant (a little over an hour’s drive) and taste for yourself! Brown was referring specifically to the Cosmic Dog which is topped with blue cheese slaw and Jack’s famous sweet potato mustard but there are plenty more dogs to be eaten – like the Atomic Dog, topped with homemade chili or the Planet Dog, topped with Jamaican relish, a mix of sweet relish, red peppers, onions, and watermelon!

Monster Dogs (WA): Cream cheese on a hot dog must be a thing in the Northwest because that’s a standard topping on most hot dog orders here. The “Seattle-style” dog may have begun when a bagel cart owner began selling hot dogs, too, and slathered the bun with the cream cheese he had in the cart. Book a reservation at Tall Chief RV & Camping Resort and try this Washington State favorite from any of the Monster Dogs locations in Seattle. Monster’s hot dogs were named by Food & Wine magazine as one of America’s 25 Best Hot Dogs in 2017!