Plan a visit to these U.S. based Rainforests 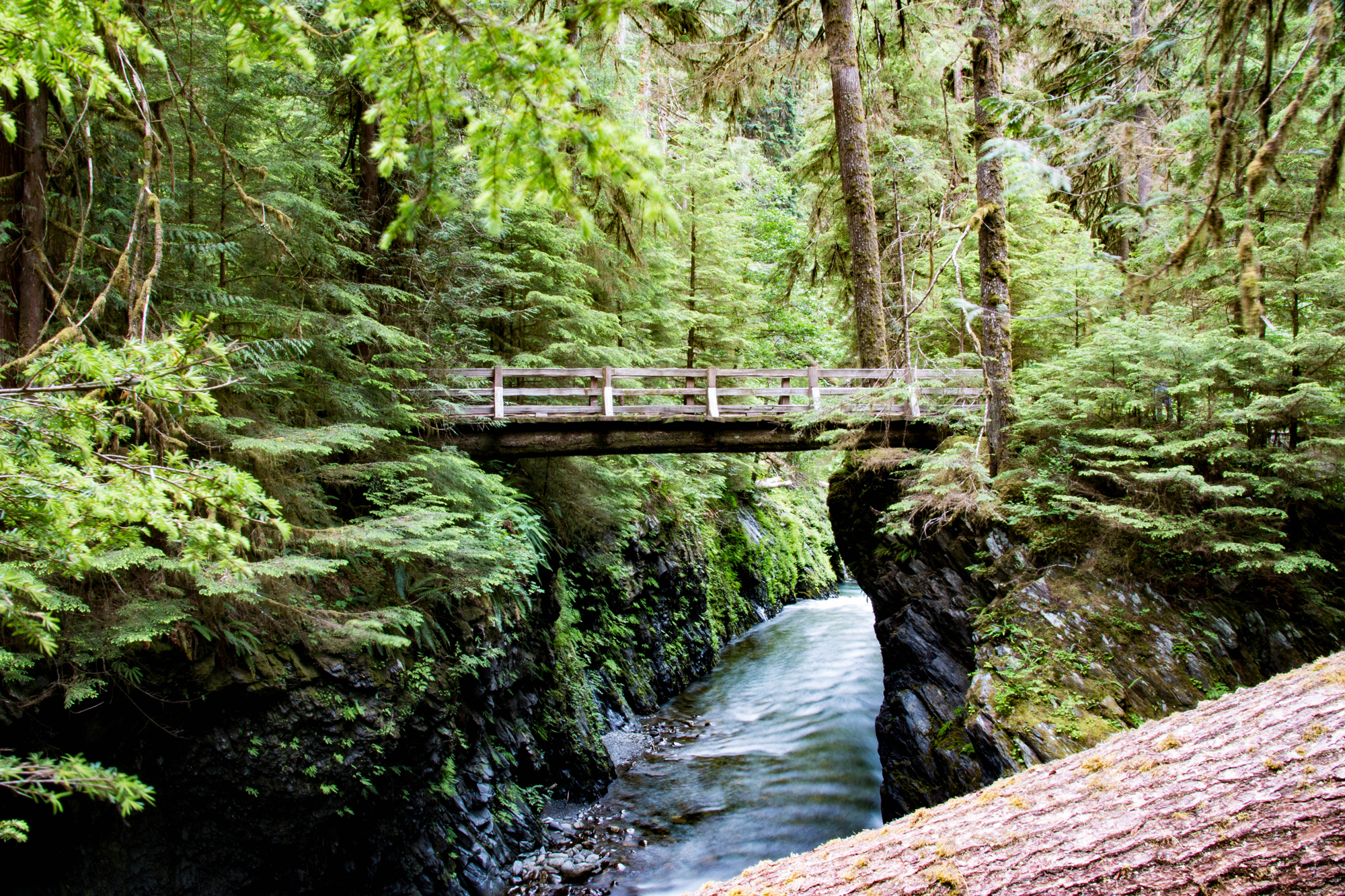 Olympic National Park: Located on the Olympic Peninsula of Washington State, the Park is actually home to four temperate rainforests. Hoh Rainforest averages about 14 feet of rain per year. There are several ways to explore the lush beauty of this rainforest, but two good ways are the Hall of Mosses Trail and the Spruce Nature Trail, two short trails. The Quinault Rainforest is home to the largest Sitka Spruce, estimated to be about 1000 years old! The popular ½ mile interpretive trail is a great way to experience Quinault. Bogachiel, which comes from the rough Indian translation for “gets muddy after rain” is a bit more remote than Hoh and Quinault, but a hike can be accomplished via the Ira Spring Wetland Trail. The fourth rainforest in the Park is Queets, which is rarely hiked and the most remote.

Appalachian Rainforest: Second to the Pacific Northwest in terms of average annual rainfall, the Appalachian Rain Forest receives about 100 inches of rain each year. Similar to Olympic National Park, the area is home to more than one rainforest. A visit to the Great Smoky Mountains National Park or Pisgah National Forest will set you amid the amazing rainforests in the Appalachians. Cool streams, mossy surfaces, and lots of waterfalls await. Pisgah National Forest is about 23 miles from Asheville, North Carolina, which is home to Forest Lake RV Campground.

Redwood National Forest: California’s Redwood Forest is probably most known for its towering redwood trees, but it is also one of the US’s most famous rainforests. The giant redwoods benefit from the moist air in this temperate rainforest and are actually dependent upon the coastal fog for survival.