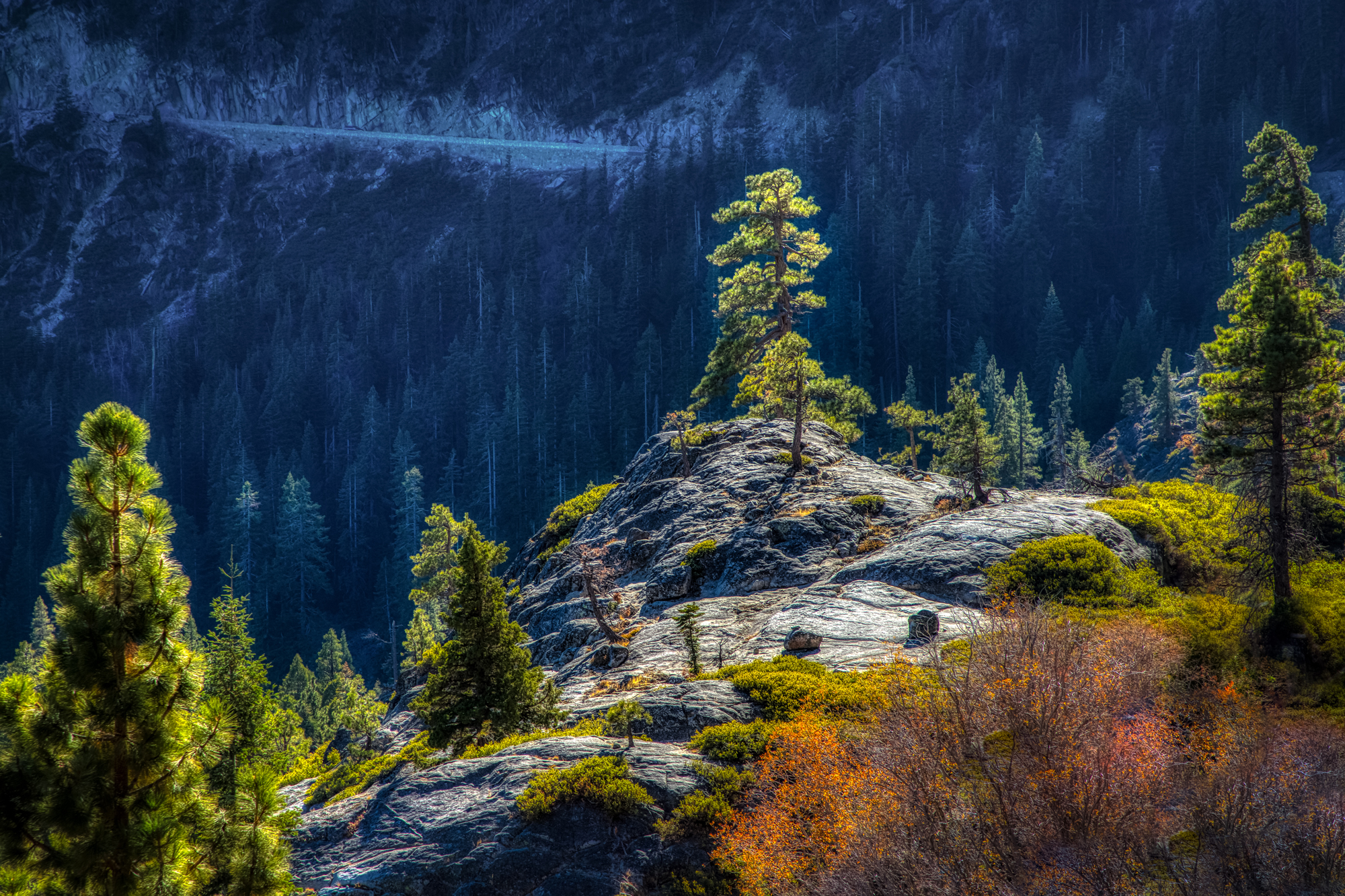 Don’t make the mistake of thinking a national forest is one and the same as a national park. In fact, the Forest Reserve Act, which allowed for the establishment of forest reserves, predates the creation of the National Park Service by about 25 years. Another major difference is that the national parks are about preservation, meaning very little is changed, while the forests are actually managed to sustain the health, diversity, and productivity of our national forests (nationalforests.org). So, check out some of our national forests nearby our campgrounds and as you explore, keep the words of naturalist John Muir in mind who said: “the clearest way into the Universe is through a forest wilderness.”

With 400 miles of hiking trails, running the gamut of terrain types, and 611 miles of fishable streams and rivers teeming with trout, the Eldorado National Forest is a natural playground. There are mountain biking and equestrian trails for riding and lakes, rivers and reservoirs for water sports including kayaking, rafting, sailing, and of course fishing. Winter sports such as backcountry skiing and snowmobiling can also be enjoyed here.

(The Ponderosa RV Campground is less than 10 miles from Eldorado NF.)

Established in 1916, Pisgah National Forest was one of the first national forests designated in the eastern US. An interesting fact – a portion of the 500,000 acres of forest was originally part of the Vanderbilt’s Biltmore estate but was sold to the Federal government by the Vanderbilt family. Loaded with waterfalls, Pisgah is especially scenic. If you take a drive to Asheville, you can pick up a scenic loop and enjoy one beautiful drive. The Pisgah Field School (www.pisgahfieldschool.org) offers a terrific Waterfalls and Wine tour, which is another fun way to enjoy this national forest and all its wonders.

(The Green Mountain RV Campground is less than 30 miles from Pisgah NF.)

A trip on one, or all, of the three scenic byways within Deschutes National Forest, is a great way to get acquainted with this forest that offers year-round recreation, as well as constant breathtaking vistas thanks to its location along the Cascades.  A highlight here is the Newberry National Volcanic Monument that showcases lava flows and geologic features and visitors can walk the Trail of Molten Land. If caves are your thing, Deschutes has more than 350 caves and several are accessible to the public.

Established in 1908, the Gifford Pinchot National Forest is one of the US’ oldest national forests and is named for Gifford Pinchot, who served as the first Chief of the United States Forest Service (it was originally named Columbia National Forest). An interesting trail to walk is the Trails of Two Forests which run side by side but the trees on either side differ in age by about 2000 years. On one side are Douglas firs and western red cedars, while the other side is all new forest growth that covers an area previous wiped out by a Mount St. Helens lava flow that occurred more than 2,000 years ago.