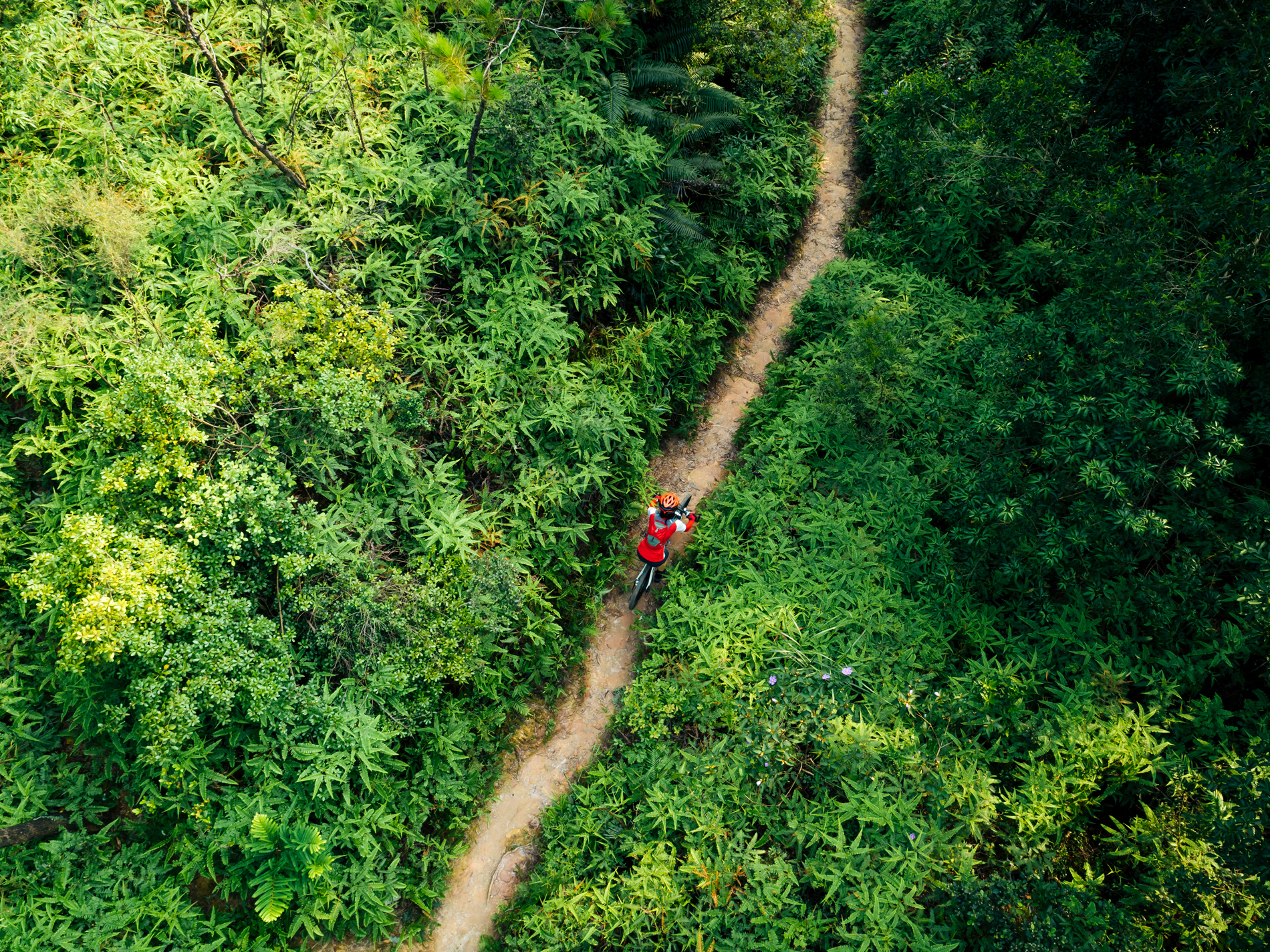 Florida’s wide expanses of generally flat open space are ideal for multi-use rails-trails for cyclists, walkers, and more. Back when the rails-trails movement was still very much in its infancy, Rails-to-Trails Conservancy (RTC) was formed in 1986 to help create and promote a nationwide network of user-friendly and traffic-free hiking and biking trails from former rail lines (and connecting corridors). There are now almost 25,000 miles and counting of open rails-trails across the country, including lots of possibilities in the Sunshine State, with more than 50 varied options (several of which are connected, with more connections to come).

In Rails-Trails: Florida (Wilderness Press), past RTC president, Keith Laughlin, wrote, “Since 1986, Rails-to-Trails Conservancy has been the leading supporter and defender of these priceless public corridors. We are excited to bring you Rails-Trails: Florida so you, too, can enjoy some of this state’s rail-trails and multiuse trails. These hiking and biking trails are ideal ways to connect with your community, with nature, and with your friends and family.”

FORT FRASER TRAIL (7.75 miles; Polk County), which is on the former South Florida Railroad Pemberton Ferry Branch between Lakeland and Bartow and parallels busy US 98, but does offer a 0.6-mile spur trail that leads to a 2.5-mile trail out to Circle B Bar Reserve (see “Central Florida’s Outdoors” feature).

GAINESVILLE-HAWTHORNE STATE TRAIL (16.5 miles; Alachua County), which is among the “hillier” rails-trails options in Florida.

LEGACY TRAIL (10.7 miles; Sarasota County), with a start (or turn-around) at the 1927 Historic Venice Train Depot, including displays about the Seaboard Air Line Railroad and more.

WEST ORANGE TRAIL (22 miles; Orange County), which is only 15 minutes northwest of downtown Orlando, but in another world.

Of Florida’s great rails-trails options, Florida-based RTC Senior Strategist for External Relations, Ken Bryan, says, “It’s exciting to see all of the rails-trails being connected and forming regional systems that then form the backbone to an emerging statewide system. The value of these trails is being enhanced as these are woven together.” Ride on! ⎯

Head to railstotrails.org to learn everything you need to know about the Rails-to-Trails Conservancy (RTC) and offerings across Florida – and across the country. Rails-to-trails enthusiasts should consider joining and supporting RTC. Their signature endeavor, TrailLink.com, is America’s portal to rails-to-trails, as well as other multi-use trails. Rails-Trails Florida, an “Official Rails-to-Trails Conservancy Guidebook” from Wilderness Press (as part of their great rails-to-trails guidebook series) is highly recommended.