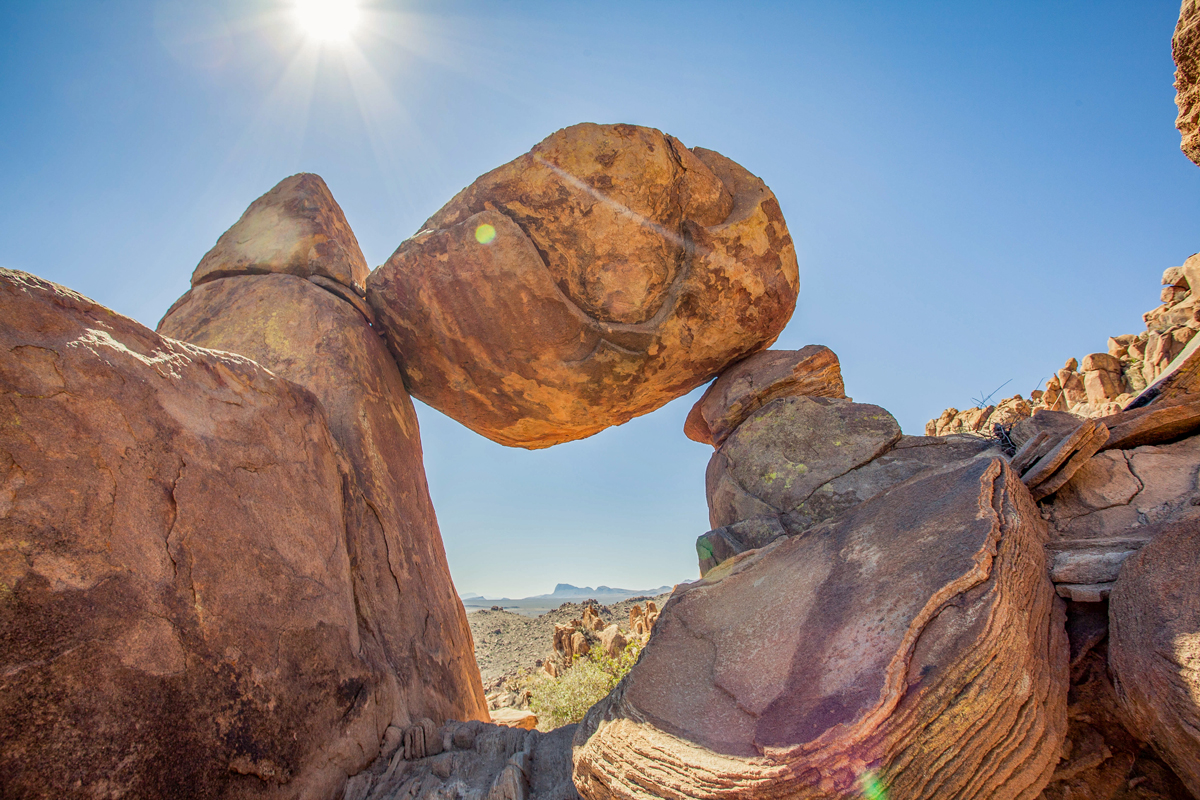 Texas is one big state and there is definitely no disputing that. While not the biggest state in the U.S. (which is Alaska), Texas is more than 100,000 square miles larger than California, which comes in third at 163,696 square miles. Texas is home to Houston, the fourth largest city in the country with a population of over two million. Larger Lone Star State cities include Dallas and San Antonio, both of which boast a population of over one million. And yet, Texas has plenty of wide-open spaces. That’s what happens when you have a landmass of 268,579 square miles – you’ve got big cities and you’ve got a big country!

We’ll take a look at the big cities and the beautiful countryside here and since the winter weather in Texas is so enjoyable, we’ll explore some of the best ways to enjoy the great outdoors in this great big state.

Houston: As we mentioned, Houston is the state’s largest city. Located in the southeastern part of the state, it is less than 50 miles from the Gulf of Mexico (think fishing here). Houston is named after General Sam Houston, who was the President of the Republic of Texas. Home to three major professional sports teams, the Houston Rockets (NBA); the Houston Astros (MLB); and the Houston Texans (NFL); NASA’s Space Center Houston; and the Houston Zoo, this city has a lot to offer visitors. Don’t miss Buffalo Bayou and the bounty of outdoor fun on both land and water that can be had at this 162-acre green space in the city. You can choose to walk the trails and check out the interesting art installations, take a kayak or canoe trip down the water, bike ride or run on designated trails, or simply relax in this lovely urban park and enjoy the view of the Houston skyline. One unique opportunity here is to see the Mexican free-tailed bats emerge from under the Waugh Bridge around sunset each night.

San Antonio: San Antonio’s beautiful downtown River Walk is a major draw for the city as is the historic Alamo, but there is much more to see in this city that was founded as a Spanish Mission in the early 1700s. Hemisfair Park is a great outdoor space to explore and see the giant chess and checkers games and the park’s Yanaguana Garden. If you’re looking to hike, head about an hour out of the city to Fredericksburg to find the Enchanted Rock State Natural Area with 11 miles of hiking trails. The pink granite mountain for which the park is named is pretty cool, too!

Dallas: The attractions of Dallas are the perfect mix of history, nature, and culture but the 22,000 acres of parkland and 125 miles of biking and hiking trails are a pretty good reason to visit the Big D, too! The Dallas Arboretum and Botanical Garden, which is ranked one of the best in the U.S., is 66-acres of botanic magic. There are gardens upon gardens here including Crepe Myrtle Allee and its natural tunnel and the Nancy Rutchik Red Maple Rill with over 80 varieties of Japanese Maples. An interesting way to see Dallas is through Dallas Running Tours which is exactly what it sounds like – you run/jog on a four-mile tour of the city’s highlights.

Hill Country is a region in Texas known for its rolling hills, fields of wildflowers and lush landscape, and is a great destination for a Texas getaway. Charming towns, vineyards, and spectacular views await.

The stars are certainly big and bright in Texas and one of the best places to stargaze is the Hill Country town of Fredericksburg, which recently gained designation as an International Dark Sky Community. To glimpse the treasures of the night sky, and a possible Milky Way sighting, head to the previously mentioned Enchanted Rock State Natural Area in Fredericksburg.

The Hill Country town of New Braunfels is fast becoming a winter vacation destination, not only due to its 70-degree November and December daytime temperatures but also because outdoor activities are often year-round. Nearby Canyon Lake, which is billed as the Water Recreation Capital of Texas, is a great place to check out since the winter weather remains prime for canoe and kayak trips here. Other fun activities at Canyon Lake
can include geocaching and fossil hunting.

The Hill Country is also known for its many wineries and the more recent influx of craft breweries. There are trails designed for each so visit hillcountrycraftbeertrail.com for the sudsy journey and texaswineandtrail.com for the winery listings. Speaking of driving, the Hill Country is also known for the many scenic routes that can be taken for a leisurely country drive. The Willow City Loop runs alongside creeks and meadows and offers the occasional glimpse of grazing cattle. And, did you know Texas has its own version of the Swiss Alps? The Swiss Alps Scenic Drive will take you up and down and all around, changing elevation and crossing both the Sabinal and Medina rivers for one very scenic ride.

The Rio Grande Valley or, the Valley, as it is also known by the people who flock to this southern portion of Texas come winter thanks to the moderate climate, is made up of several smaller cities and the winter playground
of South Padre Island.

Biking is a great way to explore the area and soak up the sunshine. Resaca de la Palma State Park, which is part of the World Birding Center, has several trails that wind through the park. Located in Brownsville, the trails are also open to hikers and the park’s tram, as well. The Bicentennial Hike and Bike Trail is a scenic four-plus mile concrete trail in McAllen and the Hugh Ramsey Nature Park in Harlingen has a trail that offers glimpses of the area’s wildlife.

In Edinburg, check out the Tejano Walk of Fame. Similar to the Hollywood Walk of Fame, this outdoor venue pays tribute to musicians important to the Tejano music genre popular in South Texas. The Edinburg Scenic Wetlands, also part of the World Birding Center, is a 40-acre wetland great for wildlife viewing.

And then there’s South Padre Island where you can fish, swim, walk the beach, parasail, build a sandcastle, or just relax with your toes in the sand in this part of Texas that boasts miles and miles of sandy beaches along the warm waters of the Gulf of Mexico. See how Sea Turtle, Inc (seaturtleinc.org) rehabilitates injured sea turtles and returns them to the ocean or stroll the Laguna Madre Nature Trail, a 1,500-foot boardwalk that runs along marshlands that are inhabited by coastal and migratory birds.

And that was just a little taste of what awaits visitors of Texas this winter. There’s so much more to explore like Austin and its music vibes and the Texas State Capitol; or Waco, which is home to the popular Magnolia Market and Silos; plus all the great lakes for fishing, the wetlands, and forests for birding; all of Big Bend National Park (which at 1,252 square miles is bigger than the state of Rhode Island!) and the big and little towns that dot the vast country that is Texas.

CHECK OUT
www.rvonthego.com to see where to stay during your Winter Texas adventure.