In a Song: Visit these real locations from song lyrics 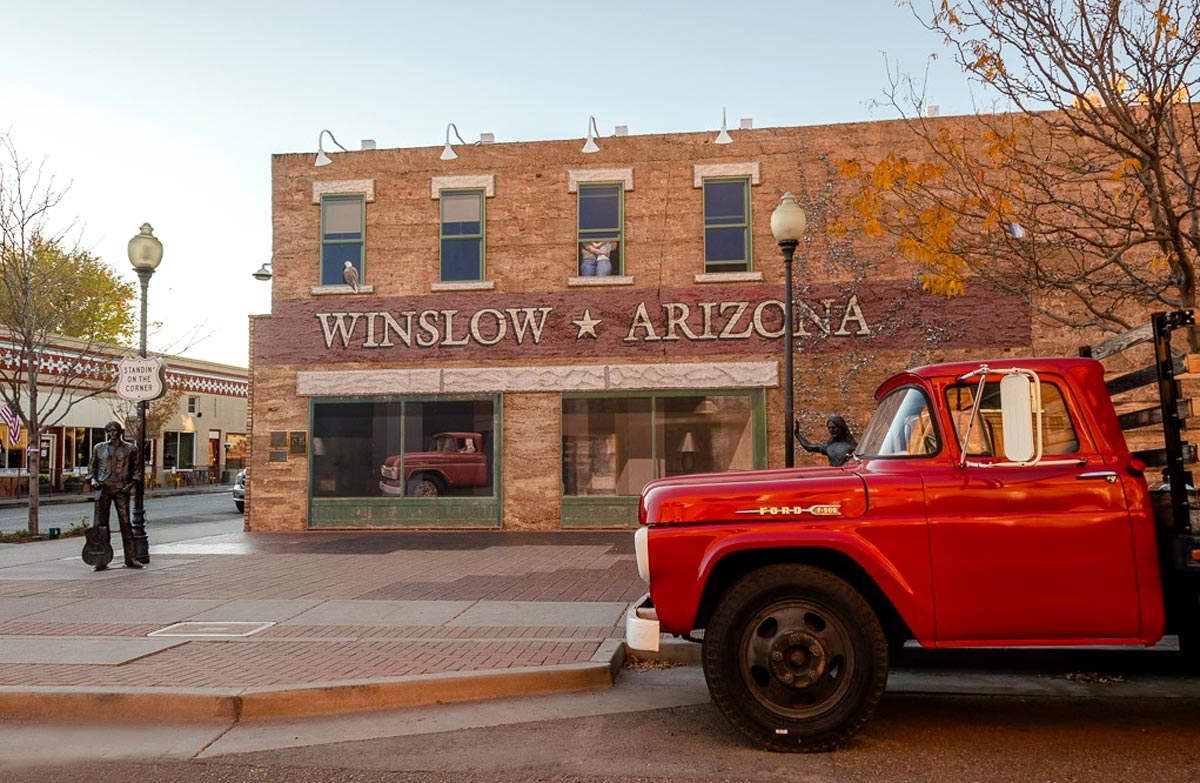 The Eagles sang about standing on a corner in Winslow, Arizona, and we wonder…why? That line from the song Take it Easy, written by Jackson Browne and Eagle Glenn Frey, has made the corner quite a popular spot. The corner in Winslow is now home to the Standin’ on the Corner Park, complete with a statue of a man standin’ with a guitar and the famous flatbed Ford. (If you’re spending the winter at our AZ age-qualified resorts in and around Phoenix, you’re about 200 miles from Winslow.) Such a fine sight to see!

Another Eagles hit, Sunset Grill, wherein songwriter Don Henley talks about watching the world go by, is based on a real location in Los Angeles. The Sunset Grill is in fact real and began as a burger joint in 1957 in Hollywood. While it has changed somewhat in its 60+ years, you can still go down to the Sunset Grill and people watch. Some of them might look very familiar as it is said that it’s still a favorite spot for musicians to grab a quick bite. Book a stay at Soledad Canyon and take a drive into LA (about 45 minutes) to see the Sunset Grill.

Paul Simon’s Grammy Award winning song (fyi, it was Record of the Year in 1988), Graceland, was actually inspired by a trip he took to the mecca of all things Elvis in the early 1980s. If you too want to be inspired by a road trip to Graceland, book at stay at Tennessee’s Cherokee Landing RV Campground and see if you are so moved to write a hit song on your trip to Memphis!

Country legend Johnny Cash’s hit, Folsom Prison Blues, was not written to lament his time in prison but was rather inspired after he saw a film, Inside the Walls of Folsom Prison while he was serving in the Air Force in Germany. Cash wrote the song and went on to record it at the famed Sun Studio in Memphis. It was a hit and Cash began to open all his concerts with that song, including the one at the actual Folsom Prison in 1968. To visit the Folsom Prison Museum, book a stay at Ponderosa RV Campground and take a 20-minute drive into the town of Folsom.

There’s a whole political history behind the Lynyrd Skynyrd song, Sweet Home Alabama which is now actually an anthem for all things Alabama, including a crowd favorite sing-along at Crimson Tide football games. And, while the band wrote it about Alabama, and more specifically the South, in general, there really is a place called Sweet Home. Located in Bessemer, Alabama, the home was built in 1906 by Henry Sweet. The house now has a historical marker, which was erected long after Sweet built the home and shortly after the song become an anthem of the South. Book a stay at Hidden Cove RV Campground and you’re about 75 miles from Sweet Home.