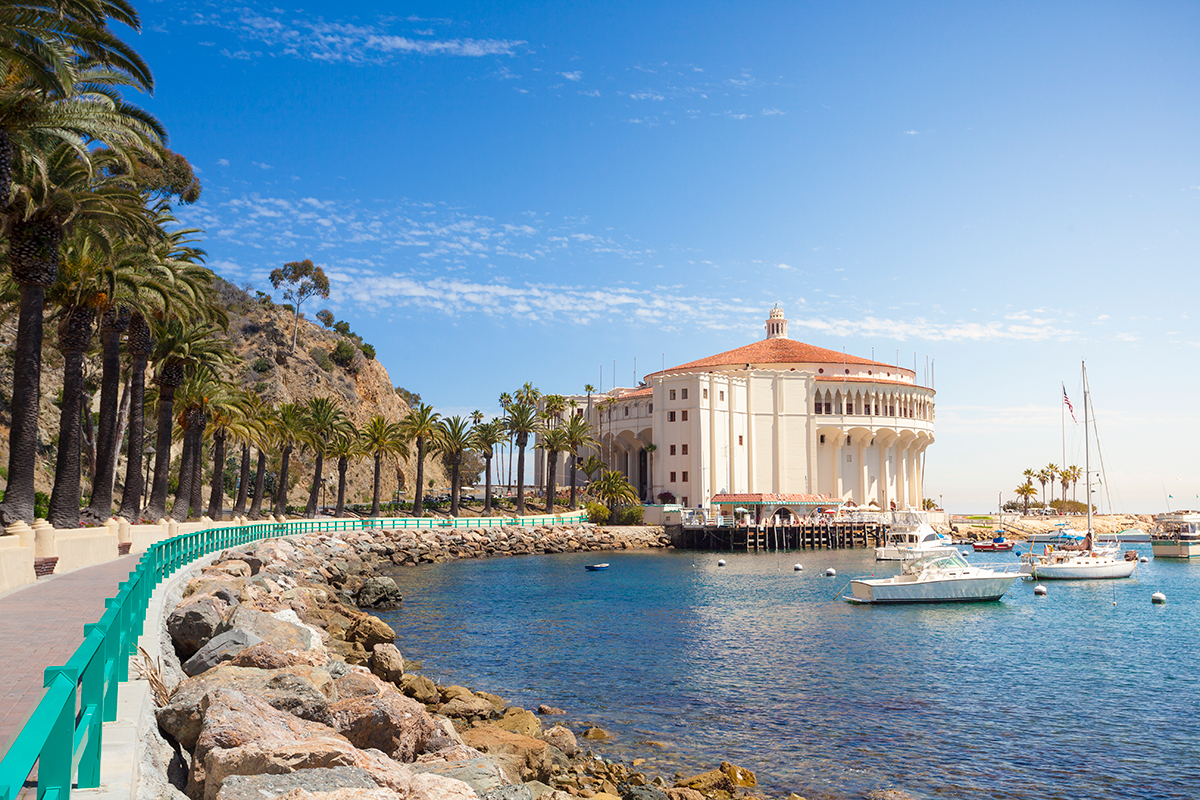 Don’t get caught without a beach itinerary this winter. Plan ahead to make sure that you find the perfect beach getaway where you can while away the winter months with your toes firmly planted in the sand.

We found several that will suit any beach personality – from those who like their beaches with an island flair to those who find quiet and secluded the perfect place to relax, plus everything in between.

California’s Catalina Island, which is about 20 miles southwest of Los Angeles, offers several beaches to soak up the warm California sun. This tiny, sunny island, which runs about 22 miles long, has plenty of beaches offering different personalities. Descanso Beach is known as the party beach while Middle Beach has views of the harbor and is close to shops and restaurants. They all offer soft sand, the gentle sounds of the surf, and great views of the beautiful blue Pacific. Off-beach adventures can include a visit to the Catalina Island Museum or a hike or two on the island’s 165 miles of trails.

While its name may lead you to believe it is an island, Coronado Island is actually connected to California’s mainland by a small strip of land known as the Silver Strand. But, regardless of its status as a true island or not, it has some great beaches. North Beach is great for your four-legged traveling companions while those seeking more than just an ocean view will enjoy Coronado Central Beach with a view of the iconic Hotel Del Coronado.

The Dry Tortugas is an island that sits in the lower half of the Florida Keys, so named because of the abundance of sea turtles, or tortugas in Spanish, that were found on the island when discovered by explorer Ponce de Leon in 1513. There are also several pristine beaches found here that offer silky sands and great snorkeling opportunities.

The beaches of Key West, one of the more well-known islands in the chain of islands that make up the Florida Keys, range from large (Smathers Beach) to small (Higgs Memorial Beach Park). Higgs Beach, by the way, may be a favorite of the island’s gypsy chickens as they have been spotted walking the beach. Off-beach adventures in Key West can include a glass-bottom boat ride, a visit to The Hemingway Home and Museum, or a spirited tour of one of the local rum distilleries.

South Carolina enjoys a mild winter so a trip to Kiawah Island is worth the drive if you’re spending your winter in the Palmetto State. Beachwalker State Park is the island’s public beach and is great for birdwatching and glimpses of wildlife and maybe a dolphin or two.

If South Texas is your winter destination, then South Padre Island must be your winter beach destination. Also known as SPI, the South Padre area is known as the Texas Riviera and welcomes plenty of sun-seekers each winter – in fact make that year-round, since there is so much to see and do here. Not only can you lounge on the beach, but you can also drive on the beach! The area is a great place for birdwatching and is home to the South Padre Island Birding, Nature Center & Alligator Sanctuary. As far as beaches go, there are 34 miles of white sand with plenty of public access points. Hunt for crabs, build a sandcastle, watch the water sports, or better yet, try some for yourself, and enjoy this little part of Texas.

Of course, by its very nature, a beach cannot be land-locked, so if you prefer to stay ashore and still enjoy sand and water, try some of these more popular beaches on the mainland.

Isn’t California one big beach? Seriously though, there are plenty of award-winning beaches and plenty of little-known beaches to satisfy your beachy appetite if California is your winter go-to destination.

Monterey County has Carmel River State Beach, Del Monte Beach, and Pfeiffer Beach in Big Sur. Del Monte Beach is free, dog-friendly and has a wooden boardwalk and Pfeiffer Beach has the oft-photographed Keyhole Arch rock formation and purple sand thanks to mineral deposits. Heading south, you’ll find Pismo Beach, known for surfing, fishing, and clam digging for the Pismo clam when it’s in season. Santa Barbara beaches are popular spots for sunsets and water sports, and they include Goleta Beach Park, Hendry’s Beach, and Butterfly Beach, where you might spy a celeb or two. Farther south, Los Angeles County beaches include Zuma, Malibu, Santa Monica, and Venice Beach, known for its street performers, shops, and the famed Muscle Beach outdoor gym. Winding up the coastal beach run from north to south are the beaches of San Diego. Windansea Beach is great for watching surfers and Pacific Beach is kitschy with its taco stands and beach bars. Ocean Beach is great for sunbathing and swimming and Imperial Beach is dog friendly.

Well, Florida comes pretty close to being an island, as it is surrounded by water on both coasts. Even the state’s Panhandle region borders water. You’ve got your pick here of Atlantic coast beaches and Gulf Coast beaches.

The Gulf side of Florida is home to several of the beaches that consistently make Top Ten lists when it comes to great beaches. Past list-makers have included the beaches on Sanibel Island, known for their fabulous shelling opportunities, the beaches of Fort Myers, and Tampa Bay’s Clearwater Beach, known for its great sunsets. Speaking of sunsets, St. Pete’s Beach is known for those also and can now add “Best Beach in the Nation” to its list of awards. The beach was named Number One in Tripadvisor’s annual Travelers’ Choice rankings for 2021.

On the Atlantic side, there’s the famed beaches of Miami – namely Haulover Beach for picnics and kite flying, Surfside Beach for a low-key, non-commercial beach or South Beach for those who love party central. Daytona Beach and its hard-packed sand are ideal for biking and driving along and Cocoa Beach is great for those looking to surf. Farther north, there’s the beaches near historic St. Augustine which includes Ponte Vedra Beach, where you might find a shark tooth and visitors can’t miss the statue of Ponce de Leon.

Boca Chica Beach in Brownsville, Texas, is a quiet little beach in comparison to the well-known beaches of South Padre Island. Located about 23 miles from Brownsville, this eight-mile beach offers little in the way of amenities and plenty in the way of water opportunities. Swimming, snorkeling, and kiteboarding are options here as are birdwatching and surf fishing. Of course, a plus here is beach access is free as are the sunsets!