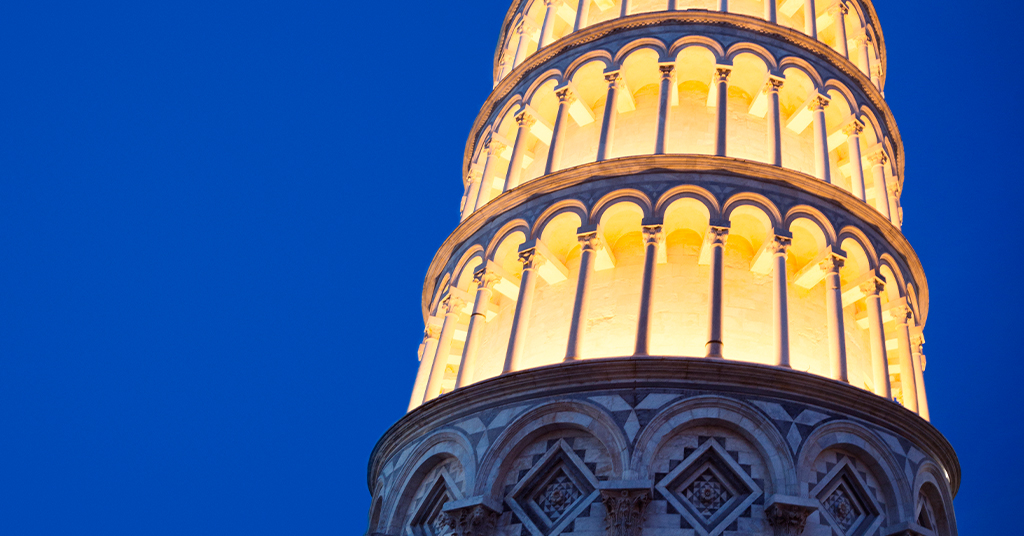 The concept of taking something from a large scale down to a miniature version, while remaining authentic to all details, isn’t anything new. In fact, dollhouses dating back to the 3rd millennium BC have been found that contain tiny replicas of the home and its contents, including the family pet. There’s even a word for people who create mini versions of real things – they are known as miniacs. Plenty of famous minis exist around the U.S., including a miniature Leaning Tower of Pisa (Illinois) and a mini White House (Florida). We’ve found a few that may make for a mini road trip on your next camping trip.

You don’t have to travel to Liberty Island in New York Harbor to see the Statue of Liberty. You can make a stop in Harrisburg, Pennsylvania, instead to see a miniature version of Lady Liberty. Standing 25 feet tall, this version is actually the second one to stand in the Dauphin Narrows, a stretch of the Susquehanna River. She first showed up mysteriously in 1986 – many think it was a prank to commemorate the real statue’s centennial anniversary – but, unfortunately, that statue lasted about six years until she was damaged by a severe storm. Reconstructed from sturdier materials (the original was partially constructed of salvaged venetian blinds), the new Lady Liberty was placed atop a railroad pier in 1997 where she still stands. She is visible from Route 22 which runs along the Susquehanna River. Harrisburg is less than an hour from the Pennsylvania Dutch campgrounds like Circle M, Pennsylvania Dutch Country, and Hershey.

Baseball fans may appreciate Little Wrigley Field, a miniature version of the iconic ballpark which serves as the homefield for Major League Baseball’s Chicago Cubs. Little Wrigley, which is just about an hour’s drive from Pine Country RV & Camping Resort in Belvidere, can be found in Freeport, Illinois. It has at least 46 of the real ballpark’s features that make Wrigley a fan favorite, including the bricks and ivy, a replica of Wrigley’s scoreboard and even a statue of famed broadcaster, Harry Carey.

If you’re heading to Mills End Park in Portland, don’t planning on meeting up with a lot of friends or even having a picnic for two. Why, you ask? Well, Mills End Park is definitely one of Portland’s smallest public green spaces ringing in at a whopping two feet in diameter. What, you say? Yes, two feet in diameter and located on a median in the city’s busy Naito Parkway. Just like any of Portland’s other parks, it has an official sign, is on a regular maintenance schedule, and is listed on the roster of city parks. It even hosted a mini protest during the 2011 Occupy Wall Street movement. The tiny park, which is just one tree, all came about because in 1946 a hole was dug in the median for a streetlamp, which was never installed. When Dick Fagan, a writer for the Oregon Journal noted that the hole remained empty and was now sprouting weeds, he decided to plant some flowers and the rest is history. Plan a stay at Portland Fairview RV Park in nearby Fairview to “visit” Mills End Park.

When most people visit Elvis Presley’s Graceland in Memphis, they are often surprised that it isn’t as large as people think. With just 23 rooms, it may be considered one of the smaller mansions occupied by the rich and famous. And if you think that Graceland is small, check out Mini Graceland in Roanoke, Virginia. During the 1980s, Elvis fans Don and Kim Epperly decided to pay homage to their favorite rocker by building a replica of Graceland in their yard. But they didn’t stop with the mansion and went on to add several other pieces relevant to the history of the King of Rock and Roll, including a replica of the home in which Elvis was born. After Don passed away, Mini Graceland fell into disrepair, but luckily it was “adopted” by the local Garden Club and lovingly restored. If you’re camping with us at Lynchburg RV Resort, you’re less than 60 miles from Mini Graceland.