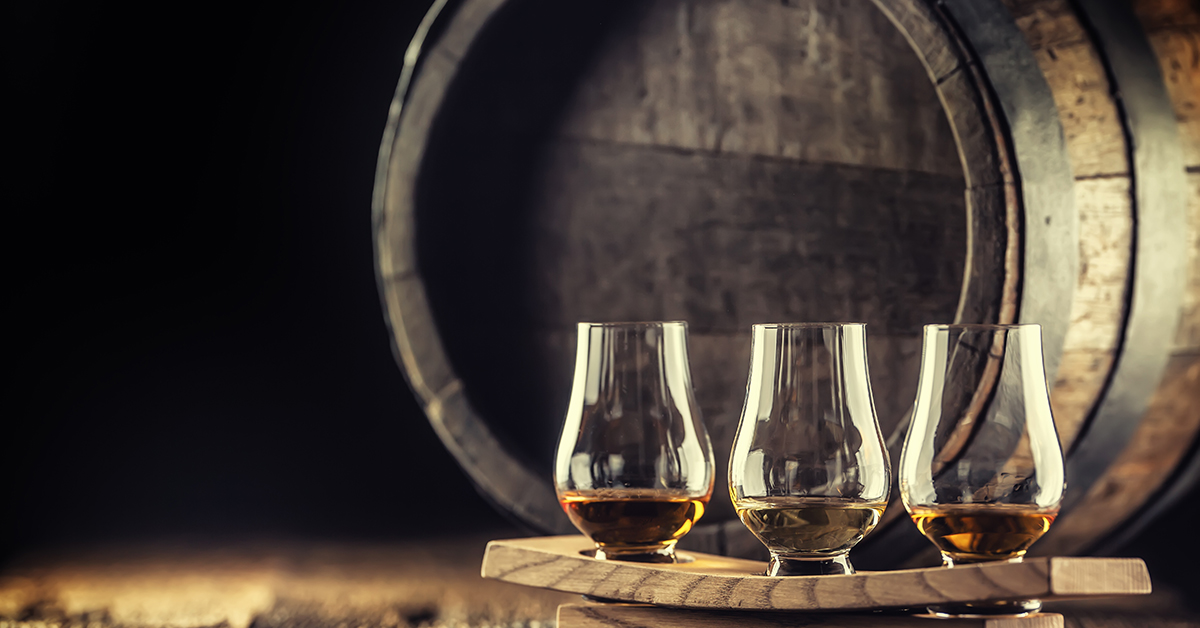 World Whiskey Day is May 15 this year and according to the website worldwhiskyday.com, everyone is invited to try a dram and enjoy what they call “the water of life.” In fact, the word whiskey derives from the Gaelic word “uisce,” which means water. Whiskey has long been considered to be able to “cure what ails you” and has been used as a digestive and is said to prevent cancer thanks to its high level of Ellagic acid. As far as spirits go, it has no fat and contains fewer carbs than other liquors. If you’re up for the celebration, check out some of these Whiskey Trails around the country.

The Kentucky Bourbon Trail includes plenty of distilleries and is so popular it even has its own welcome center. The center serves as the starting point for the trail – which has some distilleries located near each other and others that are a bit further apart along the trail. Best to plan a stay at Diamond Caverns RV Campground and take in a few each day. Wilderness Trail Distillery is the newest addition to the trail while Woodford Reserve is the oldest, and smallest, on the trail. Just some clarification here – bourbon is a type of whiskey but as they say, all bourbon is whiskey but not all whiskey is bourbon.

Portland’s exploration of liquor, including whiskey, is conveniently located within what is known as Distillery Row in the Central Eastside neighborhood of one of Oregon’s most popular, and quirky, places to visit. Whiskey is well-represented here, but you can also find vodka, rum and gin as well as one of the few woman-owned and operated distilleries, Freeland Spirits, in the history of distilleries! For information, visit distilleryrowpdx.com.

Tennessee has a whiskey trail that is split into three distinct areas – East Tennessee, Middle Tennessee, and West Tennessee. If you’re planning a stay at Natchez Trace RV Campground, check out the Middle Tennessee Trail which includes distilleries such as George Dickel, Jack Daniels, and the flavorful Ole Smoky with its blends like peanut butter and mango habanero. The West Tennessee Trail is best if you plant to camp at Cherokee Landing RV Campground and can travel into Memphis to tour Old Dominick whose history dates to the 1860s. For information on the Tennessee Whiskey Trail, visit tnwhiskeytrail.com.

Like Tennessee, the Texas Whiskey Trail is also divided into regions and spread throughout the state. There are over 20 distilleries to visit from the north, near Dallas/Fort Worth, to the South with spots in Austin, Houston, and San Antonio. There is also a fair amount to visit in the beautiful Texas Hill Country. For a complete listing, visit texaswhiskeytrail.com. Camp with us throughout Texas and enjoy the Trail responsibly. Bay Landing RV Campground is near Dallas/Fort Worth and Medina Lake RV Campground is close to both Texas Hill Country and San Antonio. The Texas Whiskey Trail has grown exponentially over the past ten years when Texas had just two whiskey distilleries – it makes you wonder if Willie Nelson’s hit song, Whiskey River, had anything to do with it?

Washington is so proud of its liquor distilleries they actually have a Distillery Trail, and yes, it includes whiskey distilleries but also agave, brandy, gin, moonshine, and vodka, among other libations. Again, like other trails, Washington’s is separated by region but lists upwards of 40 locations overall. Visit washingtondistillerytrail.com to see what’s where and plan your route according to your preferred flavor of the day. Likewise, check out ThousandTrails.com to see what campground is conveniently located to where you’re headed. Just like the Distillery Trail, Thousand Trails has locations all around the Evergreen State.