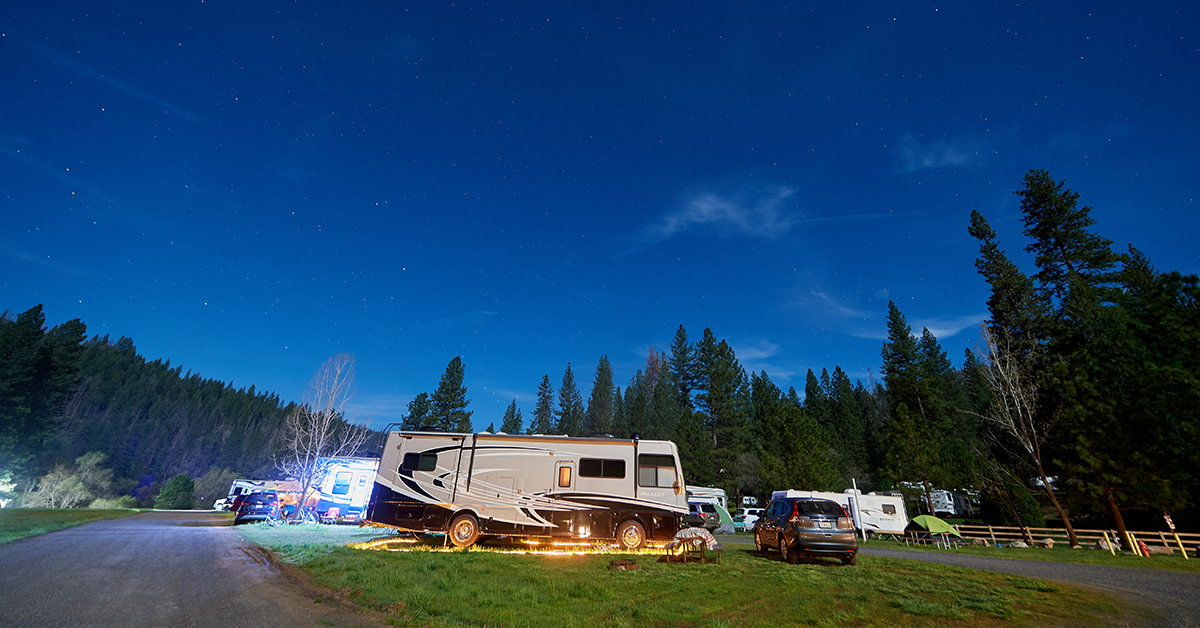 May celebrates the tourist with Tourist Appreciation Day (May 6) so why not plan a visit to some of our major tourist attractions this month? The nice thing about making camp with us while you visit some of these popular destinations is that after you’ve spent a day among the crowds, the peace and quiet of the campground is the perfect end to a perfectly pleasurable day.

California: You’re in luck if you’re planning a May trip to visit one of America’s most photographed national parks, because May (and September) are one of the less crowded months at Yosemite National Park in terms of visitors, which average upwards of 4 million annually. The wildflowers are still in bloom and the Park’s redbud and dogwood trees are starting to blossom. Waterfall flow is at its peak thanks to the melting snow from the higher ground and wildlife is starting to realize the warm weather has returned.

(Yosemite Lakes RV Campground is just up the road from this national treasure.)

Illinois: Navy Pier is one of Chicago’s major attractions, drawing over 8 million people annually, making it not only one of the most visited attractions in Illinois, but also in the entire Midwest. Originally built in 1916, Municipal Pier, as it was initially called, served as both a shipping and recreation facility. It was renamed Navy Pier in the 1920s to recognize the members of the Navy who served in World War I. Fast forward to 1994, when the Pier underwent a major renovation and its attractions now include amusement rides, the Chicago Children’s Museum, the Chicago Shakespeare Theater, plenty of restaurants and shops, and of course, the pier on which you can stroll and watch the boats and waves on Lake Michigan.

(Pine Country RV Campground is a little over 70 miles from Navy Pier.)

Florida: It’s possible that if Walt Disney World’s Magic Kingdom was located somewhere other than sunny Florida, it might not attract as many visitors annually as it does, but we’d bet it’s more than the sunshine that brings over 20 million visitors each year to this epic theme park. In fact, Disney World is the most visited theme park worldwide. Thrill rides like Splash Mountain and Space Mountain, the international-themed attractions at Epcot, the iconic Cinderella’s Castle and the opportunity to get up-close and personal with Disney favorites like Mickey, Minnie, Goofy, Donald, and the Disney princesses makes this an attraction where everyone visiting will have a magical time.

(Orlando RV Campground is less than ten miles from all the Disney fun.)

Massachusetts: If you still want to spend your vacation out of doors and socially distanced, consider a trip to Boston, Massachusetts, to explore one of Boston’s most popular attractions, The Freedom Trail. This 2.5-mile walking trail is mostly out-of-doors and highlights 16 significant locations important to the history of our country. Visit thefreedomtrail.org for information and site locations. One stop on this trail is Faneuil Hall, which is made up of several historic market buildings and a promenade – today the buildings are home to shops and vendors, and the promenade has outdoor entertainment.

(Our two Cape Cod locations as well as Sturbridge RV Campground are about an hour’s drive from Boston.)

Nevada: During non-pandemic times, the Las Vegas Strip welcomes more than 42 million visitors from around the world each year. Even during the oddball 2020, Sin City recorded roughly 19 million visitors. Again, the month of May (along with September and November) is said to be one of the best months to visit as the summer heat and summer tourists have yet to arrive. And while the big shows and concerts are starting to return to the Strip, you can find plenty to do outdoors including hiking in Red Rock Canyon National Conservation Area, visiting the Neon Museum, where all the old neon signs are put out to pasture, or taking a scenic drive out to Hoover Dam.

(Las Vegas RV Campground is the perfect place to stay while visiting the area.)