These Towns Take You Back in Time 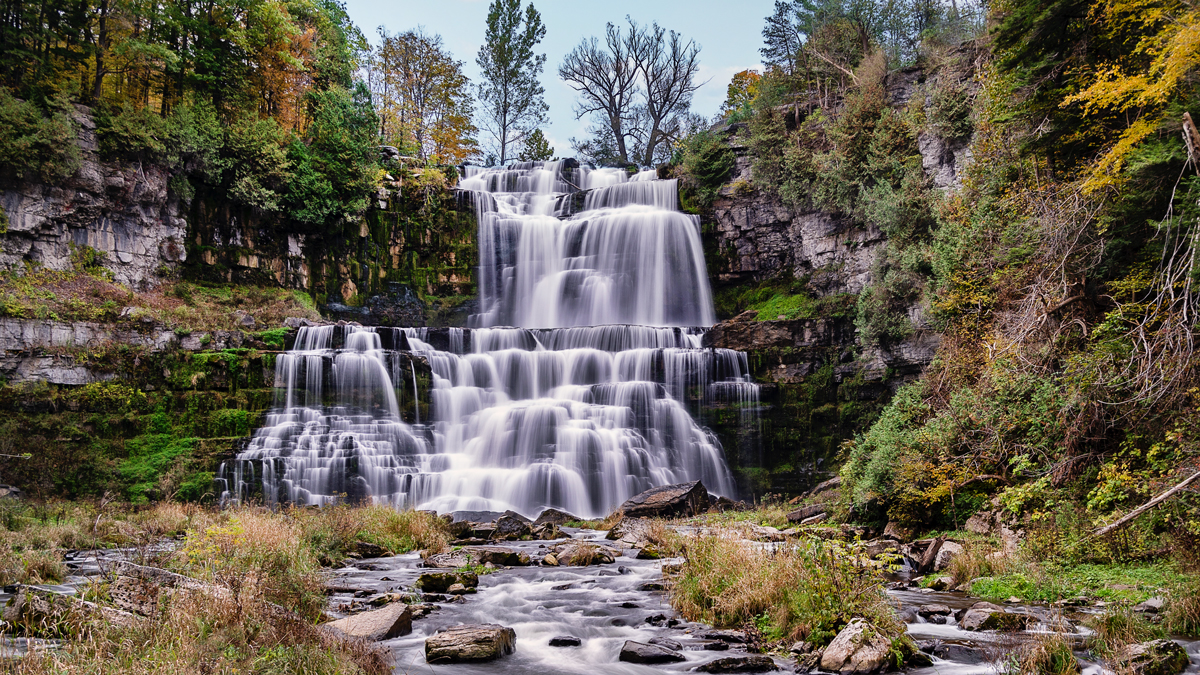 December 8 is Time Travel Day and those who choose to recognize the day are encouraged to talk, dress, or act like someone from another time. You can also choose to visit one of these small towns that can provide some visual time travel.

Cazenovia, New York: Founded in 1793, the architectural landscape of the town pretty much resembles what it did some 200 years ago.  A DIY architectural tour down Albany Street will take you past many historic buildings including the Brae Loch Inn, built in 1805; the Lincklaen House, built in 1835; and the Cazenovia Public Library, which is housed in an 1830 Greek Revival-style home. Of course, there are new shops and antique stores occupying the space of many historic structures and the town hosts a weekly Farmers’ Market every Saturday, except during winter months, and is held across the street from the First Presbyterian Church, which was built in 1806. Just outside of town is Chittenango Falls State Park, a beautiful 193-acre park featuring a 167-foot waterfall. Cazenovia is just 53 miles from Brennan Beach RV Campground.

Chagrin Falls, Ohio: About an hour’s drive from Kenisee Lake RV Campground, the town of Chagrin Falls is the epitome of small-town America. Check out the Popcorn Shop, which also sells ice cream, custard, coffee, and candies, housed in what was originally a grocery store showcasing “The Pride of the Falls” items and was built in 1875.  A quaint main street with shops and eateries housed in many of the original Greek Revival and Colonial-style buildings makes a stroll through town reminiscent of simpler times. Then, of course, there are the falls which can be seen right from the middle of town.

Mineral Point, Wisconsin: Once a hopping mining town, Mineral Point, Wisconsin, was lovingly restored after the mining boom came to end and left the town all but abandoned. The restoration began in the 1930s and the town was the first in Wisconsin to be named to the National Register of Historic Places in 1971. Plan a stay at Yukon Trails RV Campground in nearby Lyndon Station or Blackhawk RV Campground or Lakeland RV Campground in nearby Milton and you’re all set to be in Mineral Point in under 90 minutes. Originally settled by miners from Cornwall, England, you can expect a Cornish influence in the architecture and the food offerings, like Cornish Pasties, a baked pastry filled with meats and vegetables. Plan your visit around the annual Cornish Fest, typically held in September.

Luckenbach Texas: With a general store that also serves as the post office and saloon, it doesn’t really look like much has changed in this quaint little Texas town since it came to be in the mid-1800s. The other structure in the town is the dance hall that features live entertainment from country music artists. This tiny town boasted its largest population of 492 in 1904 and has a current population of a whopping 3 people. Located about an hour from Medina Lake RV Campground, a trip to Luckenbach is worth the drive. In fact, make it a Texas Two-Stop, and visit Fredericksburg, which was recently named by Southern Living magazine as one of the best small towns in the South.