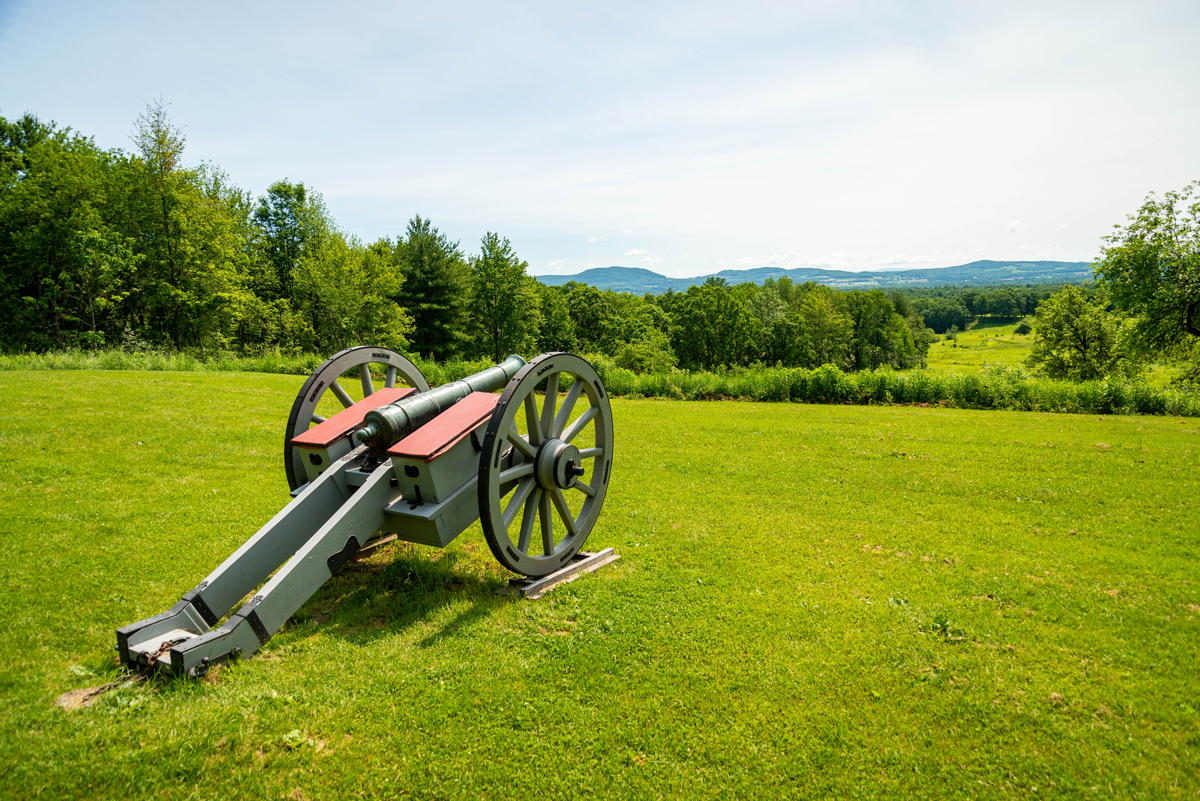 Travel back in time to 1776 – the date July 4, to be exact. In 1776, July 4 was just another day on the job for men such as Benjamin Franklin, John Adams, and Thomas Jefferson, whose task at hand was to ratify the Declaration of Independence. FYI, the date of the actual signing remains in dispute but regardless; for decades July 4 has been recognized as a national holiday to mark the birth of American Independence.

At that point in time, the Revolutionary War was about one year old and still had a way to go before America could be declared free from British rule. There’s a whole history lesson there, but our goal here is to highlight Revolutionary War historic sites on the East Coast.

Note: In the current COVID-19 climate, please check to see if these locations are open or operating under abbreviated hours or have partial closings of attractions and facilities.

Revolutionary Road Trip Stop #1: Boston, Massachusetts, covers a lot of ground when it comes to Revolutionary War history. Consider the 2.5-mile Freedom Trail which includes 16 sites that were important to the Revolution including the Old North Church, Paul Revere’s house, and the site of the Boston Massacre. The Lexington Battle Green, where the first shots of the Revolutionary War were fired, is also in Massachusetts. The Battle Green, which is a National Historic Landmark, is about 25 miles outside of Boston in the historic town of Lexington. In nearby Concord, the Minute Man Historical Park also commemorates the opening battles of the war which began on April 19, 1775.

Nearby options for campgrounds include Tuxbury Pond which has RV and tent camping sites and tiny home rentals or our two Cape Cod locations (Gateway to Cape Cod and Old Chatham) with rentals and RV and tent sites also.

Revolutionary Road Trip Stop #2: Saratoga National Historical Park in Stillwater, New York, is the site of the Battle of Saratoga, a decisive battle in favor of the Continental Army in the fall of 1777. The battlefield grounds have several hiking trails and, when New York State moves into Phase 4, the Driving Tour Road will reopen. Victory Woods, where the British troops had their encampment is open to the public and the ½ mile boardwalk through the woods has informational signage about the British army and their commander, General John Burgoyne.

Revolutionary Road Trip Stop #3: Philadelphia, Pennsylvania, played a major role in our country’s independence. Both the First and Second Continental Congress met in here. It is also the city where Thomas Jefferson drafted the Declaration of Independence and where the final version of the document was accepted. Visitors can now see so much of this important part of our history with a visit to the Independence National Historical Park which includes Independence Hall and the Liberty Bell. The Museum of the American Revolution is also located in Philadelphia and is loaded with history including artifacts including manuscripts and printed materials from the time.

Hershey RV Campground is a great place to stay while visiting Philadelphia and they offer cottage and park model rentals as well as tent and RV sites.

Revolutionary Road Trip Stop #4: Yorktown Battlefield in Yorktown, Virginia, is the site of the last battle of the Revolutionary War. A victorious George Washington, and his American and French troops, soundly defeated the British Army under the command of General Cornwallis, resulting in the surrender of Cornwallis and the end of the war. A free download of a GPS-enabled audio tour allows visitors options of self-guided walking or driving tours. The American Revolution Museum at Yorktown tells the history of the time through artifacts, interactive displays, and films.