Horsing Around with Ringers and Leaners 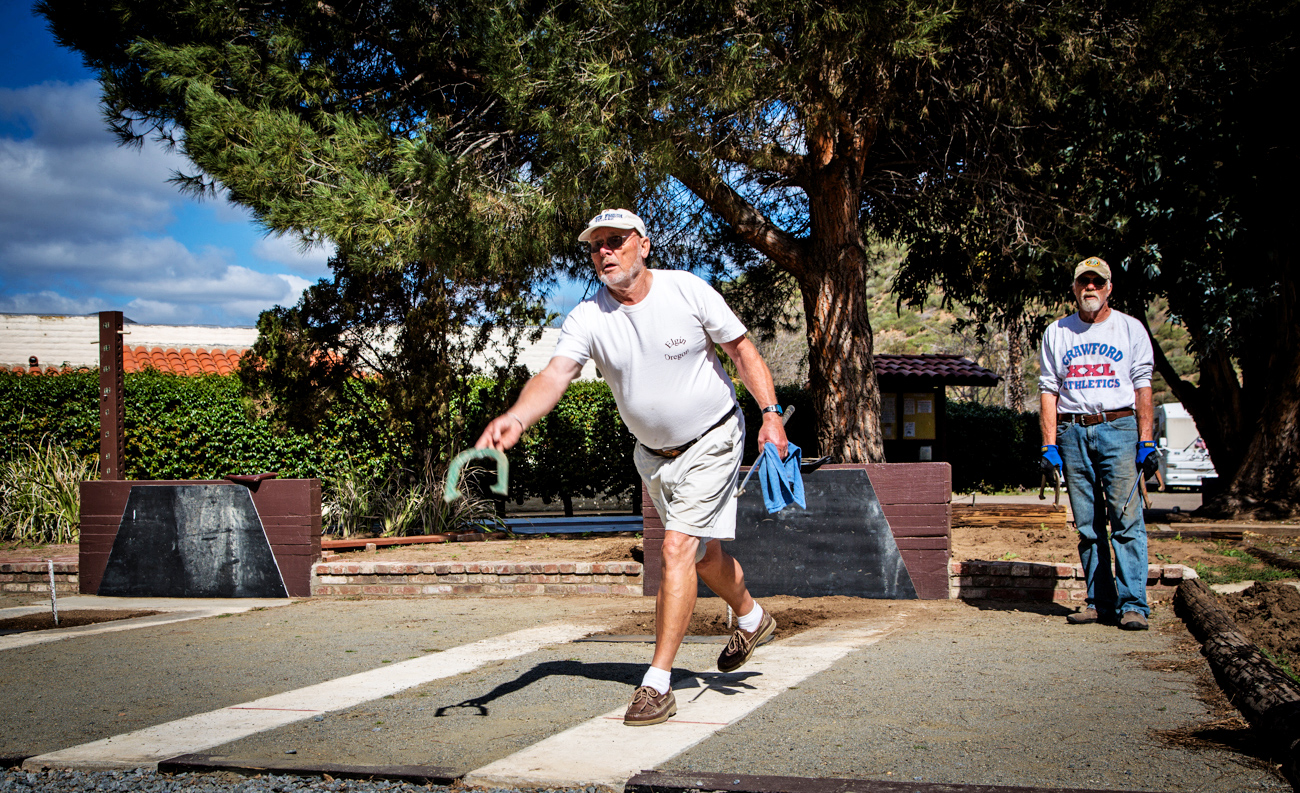 The sport of horseshoes dates back some 2000 years. Two of the most popular theories in circulation as to the origins of the game point to the game either being the poor man’s version of quoits or that the horseshoe substituted for the expensive discus thrown in ancient Olympian Games.

Quoits is similar to the game of horseshoes in that it involves throwing metal, rope, or rubber rings over a distance to land on or near a stake or hob. Because the actual closed ring used for quoits were hard to come by or possibly too expensive, the story goes that Roman soldiers used the cast-off horseshoes to create their own version of quoits.

Another story points to the Olympic games of ancient Greece which included discus throwing as one of the events. The champion of the discus event was the one who could throw a stone or metal plate, roughly 12 inches in diameter, farthest. Here, the story says followers of these Greek gamesman who could not afford a discus created their own version of the game of skill using discarded horseshoes.

Colonial soldiers made the game popular in the US during the Revolutionary War, leading the Duke of Wellington to say the war was one by “pitchers of horse hardware.”

Whichever version of the game’s history you want to believe, there is no doubt that horseshoes remains a popular game to this day. According to the National Horseshoe Pitchers Association, upwards of 15 million people now enjoy the game worldwide.

The modern version of the game involves horseshoes made specifically for the game (apparently using a real horseshoe can make a mess of your hands). Sporting goods manufacturers first produced a standard kit in the 1920s. The horseshoes are now a standard size – all official game shoes weight two pounds, ten ounces, are 7 5/8 inches long and have an opening of 3.5 inches.

The game is designed for two to four players, although solo play is possible. You can set up your own court or use one that was designed specifically for the game, provided you have roughly the proper distance between the stakes and clearly marked foul lines. A standard court includes the pitcher’s box, which is 46 feet long by 6 feet wide, plus two pitching platforms on either side that are six feet square each. General rules say that men must pitch from a distance of 37 feet, while women, children, and seniors pitch from a distance of 27 feet. Both feet of the pitcher must remain behind the foul line.

The game is played in innings and there is no set number of innings that must be played – the winner is the first pitcher, or team, to reach 40 points. Points are awarded based on where your horseshoe lands after your toss. A ringer, which is when the horseshoe completely surrounds the stake, is worth three points. However, if your opponent scores a ringer in the same inning, they cancel each other out. Closest to the stake is worth one point. Leaners, which are horseshoes that are touching the stake, but not completely surrounding, are worth two points. Everyone has their own “rules” but if you want to be official, check out the NHPA website at horseshoepitching.com.

Don’t think this is a sedentary game – a full game to forty points can last as many as fifty innings and if you consider that in each inning, you toss two-plus pound horseshoes twice, that could be upwards of 250 pounds pitched per game!

And, yes, there is actually a Horseshoe Hall of Fame. Located in Wentzville, Missouri, the museum displays trophies and memorabilia and has 16 indoor pitching courts and eight outdoor courts open for public use.