How to Catch the Sunrise at Cadillac Mountain 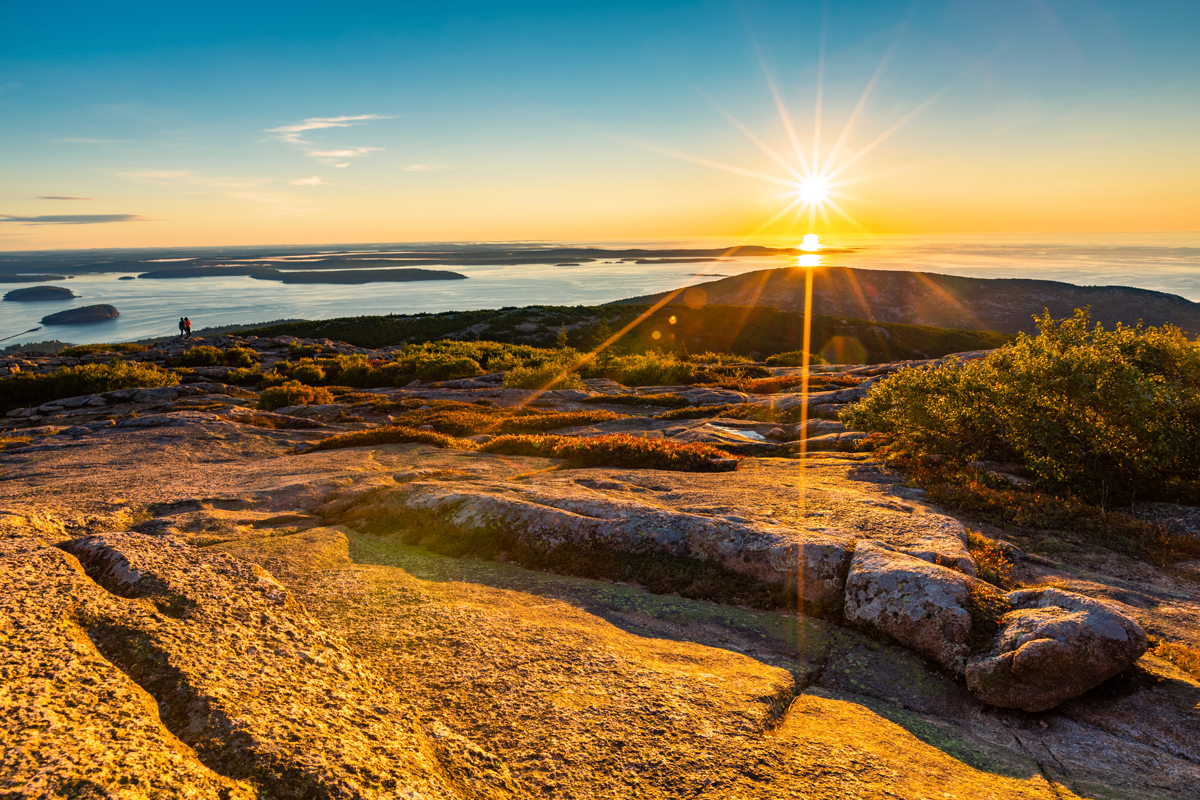 Every morning, the sun rises. And every morning from October until March, there are people who get up earlier than the chickens to witness an astounding view of the sun rising over Acadia National Park from the top of Cadillac Mountain.

From October through March, Cadillac Mountain is the first place to see the sunrise in the US. Climate changes, continental glaciers crashing into each other, and the movement of the Earth has formed this spectacular area over the course of millions of years.

Cadillac Mountain is the highest point along the North Atlantic seaboard with plenty of hiking trails that converge towards the mountaintop. Most sun-chasers who come to Cadillac Mountain opt to drive up the paved road to the top from the summit road entrance. There are three hikes that also lead up to the summit, but these are considered “strenuous” and are only recommended for the experienced hiker who is able to hike in the dark during the wee hours of the morning.

Once you’ve reached the top, you’ll likely see photographers setting up tripods, and families cozily wrapped up in blankets waiting for the sunrise to do its magic over the mountains. Once the sun starts to peek over the horizon, the green rolling hills, deep blue mountain ranges, and the oranges, reds, and yellows of the changing leaves become vivid in a way that only the sunrise can reveal.

The summit road entrance can be accessed at the intersection of Eagle Lake Road/Route 223 and the Park Loop Road, located less than 20 minutes from Mount Desert Narrows, or Narrows Too, and just an hour from Patten Pond.

It’s never too early to make your plans for next season so you won’t miss out on this spectacular sunrise!